The Renault-Nissan Alliance announced today that they will provide a fleet of 200 all-electric vehicles as the official passenger-car provider for the United Nation’s COP21 climate conference in Paris later this year. The fleet of vehicles will include Renault’s ZOE and Kangoo Z.E. and Nissan’s LEAF and e-NV200. Here’s what a small part of it looks like: 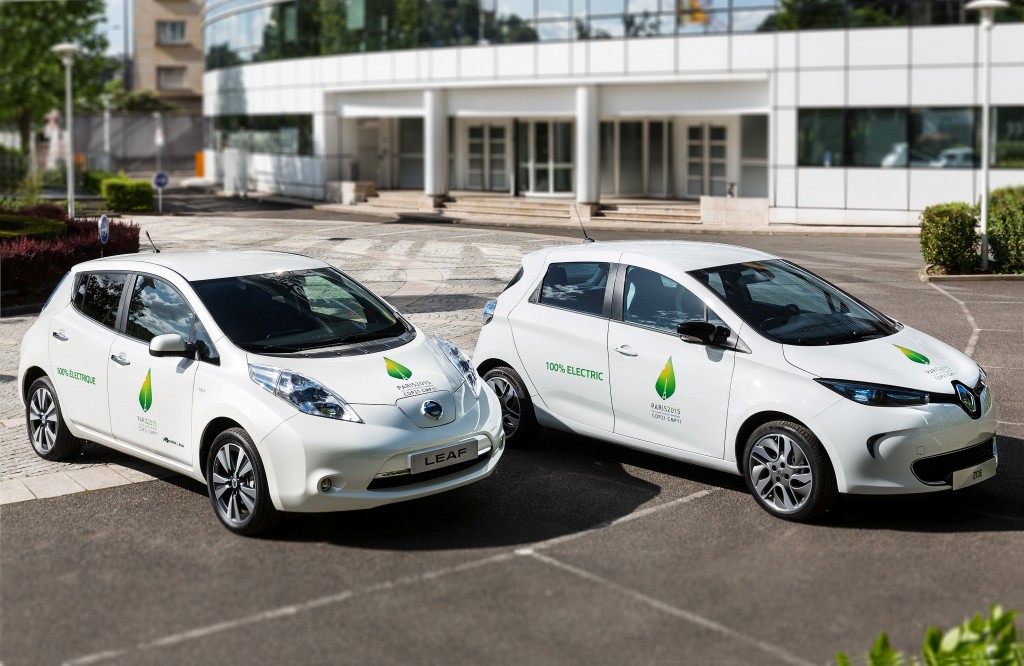 According to the Alliance press release:

The partnership agreement was signed today between the Renault-Nissan Alliance and the General Secretary in charge of the preparation and organization of the 21st annual Conference of Parties (better known as COP21). The fully electric car fleet will shuttle delegates during the event from Nov. 30 to Dec. 11.

More than 20,000 U.N. participants from 195 countries are expected to attend the annual climate summit. It will be the first time the U.N. will use a zero-emission fleet for its entire passenger car shuttle at a COP event.

Laurent Fabius, the French Minister of Foreign Affairs and International Development and President of COP21, said that:

We are delighted to announce that the Renault-Nissan Alliance is an official partner of COP21 in Paris. Thanks to the Alliance’s fleet of 100% electric vehicles, it will contribute to our goal of achieving a carbon neutral event. The technology of electric vehicles helps reduce greenhouse gases in the transportation sector efficiently.

whilst Carlos Ghosn, Chairman and CEO of the Renault-Nissan Alliance, said that:

Electric vehicle technology is an efficient solution for a practical and affordable mode of transportation. This solution has a positive impact on the climate and air quality in our cities. It’s time to accelerate the shift to zero-emission mobility by working together with all parties concerned.

At this point in time I cannot help but wonder what Amber Rudd and her new team at DECC will make of being ferried around Paris in 100% electric vehicles later this year? Maybe they’ll be so impressed that they will follow the lead of Paris and:

Set up network[s] of more than 50 quick and standard charging stations powered by 100% renewable energy in strategic locations. The quick charging stations will be able to charge the EVs from 0 to 80% capacity in about 30 minutes.