In a press release earlier today Renault announced that:

Renault has signed a letter of intent with the Dutch Utrecht City Council, ElaadNL and LomboXnet on Smart Solar Charging for electric vehicles.

The signature took place during the state visit to Paris of King Willem-Alexander and Queen Máxima of the Netherlands. 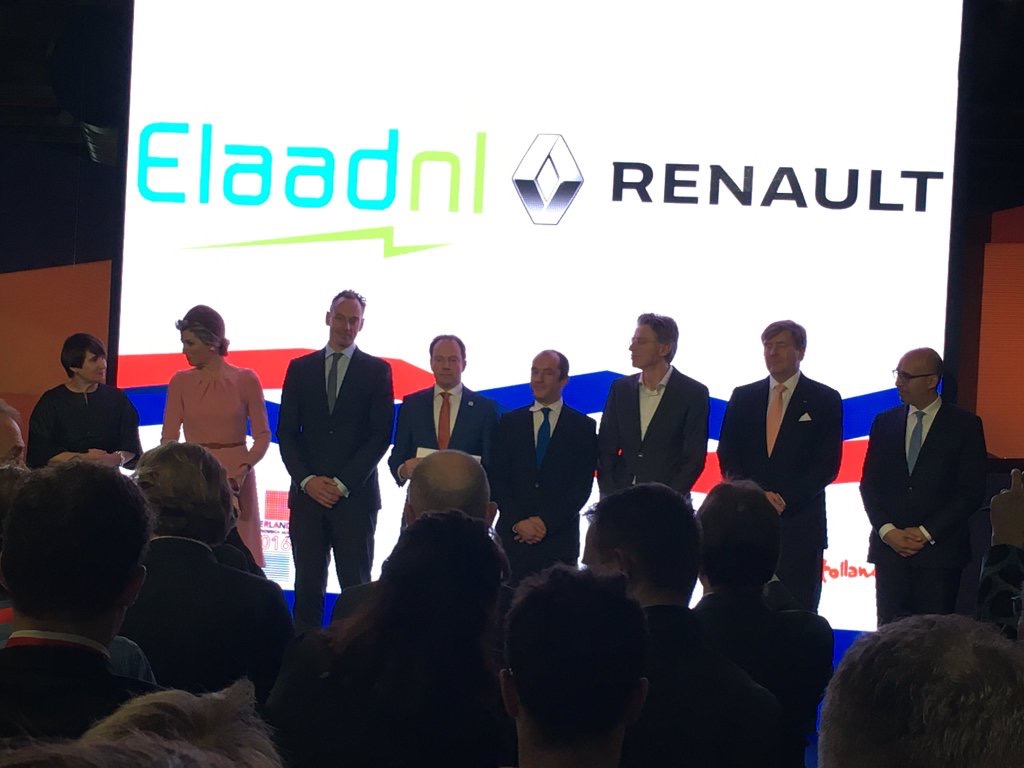 According to the letter of intent, the city of Utrecht could be the testing ground for the solar smart-charge project. Renault, Europe’s leader in electric vehicles, would supply a fleet of 150 Renault ZOE models through 2017 to the city. ElaadNL would handle management of infrastructures and the smart-charge standard, and LomboXnet would take charge of installing the network of unique public charging terminals powered by a 44 kW grid connection. Grid operator Stedin would be involved to balance supply and demand of the grid.

The Royal Family might have left better weather behind during their trip to Paris, but here’s a Renault ZOE charging outside the LomboXnet offices in Utrecht, in the rain:

Moving on to some more technical details of the Utrecht project:

Phase one of the project would involve setting up 1,000 smart solar-charge stations, powered by 10,000 photovoltaic panels in the Utrecht region. Infrastructure installation would run side by side with development of a car-share service of electric cars, powered by renewable energy, for Utrecht residents. The Renault ZOE R.Access connectivity and 22 kW charging make it ideal for car-share and smart charging applications.

So far so good, and then comes phase 2!

Phase two of the project would proceed with the partners developing a vehicle-to-grid ecosystem, with the network of solar chargers capable of both charging the electric cars and of feeding energy stored in the batteries of parked cars onto the grid to meet demand peaks. This could be the starting point for a new system storing renewably sourced energy.

As always at this juncture, one cannot help but wonder where and when the first “vehicle-to-grid ecosystem” will evolve here in the United Kingdom!